Twenty-something years old, figuring out the world one bowl of pasta at a time 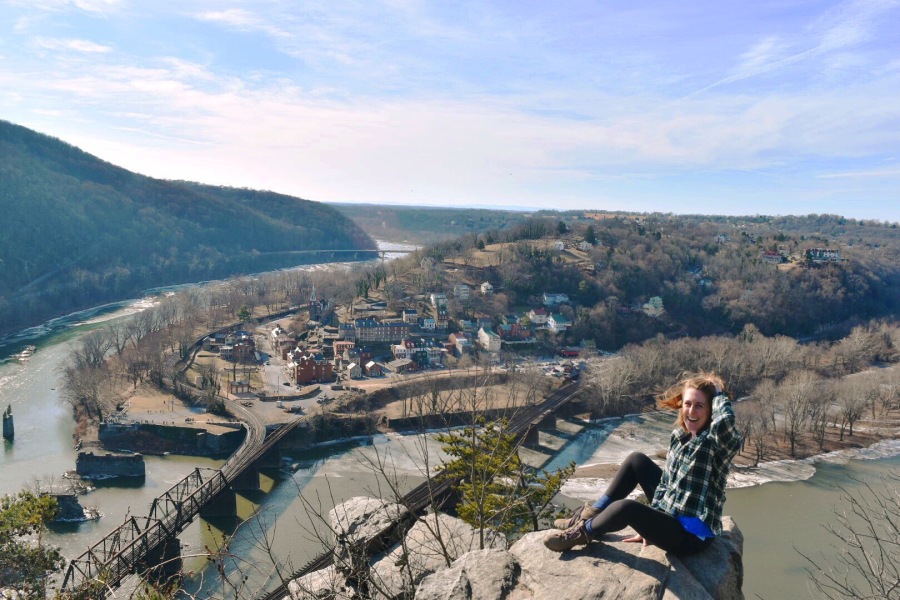 On any given day, I can go onto Facebook and tell you what I was doing exactly one, two, or even nine years ago on that day. It’s both the joy and horror of social media: having a literal, day-by-day record of every overpriced meal, every happy hour, every stupid shared meme. On good days of nostalgia it can be a great way to reminisce – on bad days it can be a jolt in the stomach. A weird and sudden reminder that a year ago to the day, you were going hiking with someone you don’t talk to anymore, wearing a dress that doesn’t fit quite right anymore, sharing holidays with someone who’s now gone.

I know it sounds like a Pinterest quote board to say it, but it’s so easy to always look back and never look straight ahead. I spent a lot of time last year looking back, and I got mired in it. And that’s the thing about going through an uncertain time in your life: you can feel so unbearably alone.

It can sometimes be easier to retreat into yourself and fall into a routine of work, Netflix, bed. When you lose important people in your life, they leave big holes in your daily routine, which you are constantly skirting around the edges of during the daytime, and pulling yourself out of at night. When you question what you want to do with your career, or what city you want to live in, or what hobbies you want to dedicate yourself to, it can become an exhausting conversation you have over and over again with yourself for weeks. Months. It’s all-consuming and alienating.

I had a few months like that and uh…no fancy way to say it, it sucked. In some ways, it was easier to think I was all alone, because then I could feel sorry for myself and dramatically listen to “To Build a Home” by The Cinematic Orchestra while driving back from a solo hike, pretending I was at the beginning of some pathetic life actualization indie film.

But I got sick of doing that. It was annoying, and repetitive, and I stress-ate way too much pasta. So instead I reached out to some friends. I made amends with a few others. I rebuilt conversations that I had let die a long time ago and I signed up for dance classes and made small talk with strangers in bars. I read books before falling asleep at night, rather than letting myself get sucked into the endless black hole of television. I started volunteering with the homeless and at animal shelters. I began working out consistently again, eating healthier, and hiking a whole lot more.

And I’ve realized that while I’ve gone through one of the more uncertain times in my life where I was questioning everything and thought I had lost irreplaceable things, I’ve actually gained so much. I was so stupidly blind to the amazing friends I had always had, that were just waiting for me to put in a little more time, and little more effort. Friendships should, of course, come easily and naturally, like breathing. But they also require just as much care and effort as relationships, and if I learned anything last year, it was that much like relationships, if you love and care about a person, you have to commit to them. Put in the time. Listen to their heartache, take them out for tacos, debate the species of sea turtle you’re watching swim on the screen of Planet Blue. Be willing to be there all the way, all the time.

I’ve learned to prioritize the people that matter, and I’ve learned that the people that matter will prioritize me. I know, I know – that’s brie-level of cheesiness. But anything less is a waste of time – efforts made to something that was a lost cause a long time ago. I am grateful for the FaceTime dates I’ve had with my friend Amanda, who is thousands of miles away, probably zipping through Thailand on the back of a moped. I would be lost without Kate, who indulges my late-night texts about where we should get on a plane to next. I am so lucky to have my roommate Laura, who is one of the kindest people I’ve ever met and also seems to always crave ice cream at the same time as me. I’m impossibly happy to have daily chats with Alyssa and Lisa and Erin. I love exchanging snail mail coast-to-coast with Lily and Katie. I laugh hardest with genuine, goofy people like Jay, I love getting my hands dirty while hiking with Camille and Lauren, and I find comfort in reconnecting with friends like Miriam, Jon, and Moira, who I’ve known since we were all fourteen years old.

The list of people in my life who I am thankful for keeps growing, these days. I used to put my own happiness on the line just to make others happy – or worse, just to make them like me. And now I’ve discovered the excitement and beauty and support of having it go both ways – to love someone and for them to love you back, unselfishly. To pull each other up. To celebrate little victories with excited phone calls and to send handwritten notes when there are disappointments. To realize that we’re all going through uncertain times, but that everything is less scary, and so much better, when you’re in it together.

This is just to say: it feels really good to no longer be stuck always looking back, and to instead start looking forward again. I have amazing friends and an incredible family (have I mentioned my incredible family? My parents are amazing). And, objectively, the cutest and most loving dog on the planet. I have traveled to 16 countries and counting, I live in an apartment painted the color of mint that is full of plants, and I have finally started writing again. Life is so, so good, and I have all of you to thank for that.