Twenty-something years old, figuring out the world one bowl of pasta at a time

The thing about blogging is that it seems self-indulgent. Who’s to say that I have anything to add to the World Wide Web that hasn’t already been said on another twenty-something year-old’s blog? What makes me different from any other blonde with a pasta and plane ticket obsession? I’ve fallen into the all-too familiar pattern: young college grad moves to the big city, gets their first job, struggles with rent, and – inevitably – shares their daily misadventures with the Internet.

But I’ve come to the conclusion that blogging, at least for me, is just a chance to get words on (virtual) paper. A place to take a break from the hustle and get back to something that I haven’t done in a very long time: write for myself. 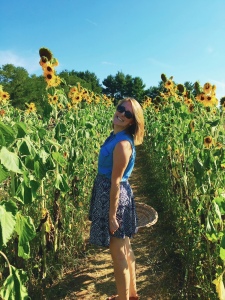 When I graduated college in the spring of 2014, I was ready to move across the ocean and never look back. I was convinced that I would walk right across that stage with my diploma onto a plane that would take me to graduate school in the U.K., to a working holiday visa in Australia, or to an English-teaching position in Italy.

I had a lot of plans, none of which worked out, and to be honest, it sucked. As a self-proclaimed lover of travel, I was suddenly standing still while everyone else, it seemed, was moving forward. In those immediate months after graduating, I had stopped writing. I almost felt that if I wasn’t adventuring my way through the Andes, I didn’t have anything in my life worth writing about. My blogging and journaling and random scribbles on the backs of receipts came to a complete and sudden halt.

But after months of applying to jobs around the world (and learning to briefly live in my parents’ house again), I landed an incredible internship with an Australian university in Washington, D.C., which made me

realize that (a) I should never try to do an Australian accent in public and (b) staying in my home country and not getting to live that #travelinspo life on Instagram was not as horrible as I thought it would be. Since my internship ended, I’ve now been working at national nonprofit organization for over a year and in some ways, I’m surprised to find out how much I love it here.

Since I moved to D.C., I’ve had more adventures than I could have ever imagined when I first moved to this incredibly humid city (worst. summers. ever.). I saw the Declaration of Independence for the first time at midnight at an after-hours party, wearing American flag leggings. I’ve tried every ramen shop in D.C. and am still deciding which rooftop bar is my favorite. This past weekend I joined one of the largest inauguration protest movements this capital city has ever seen. I’ve climbed to the top of the Washington Monument, pet alpacas at the Embassy of Peru, met congressmen, artists, and new friends. 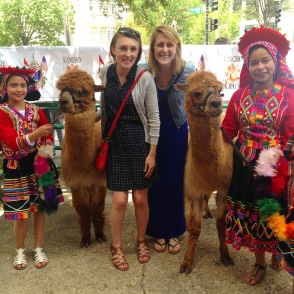 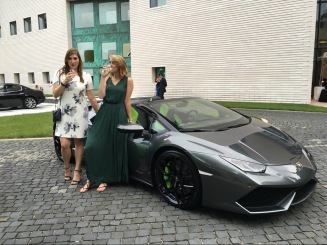 I’ve learned that finding adventure in day-to-day life does not have to be limited to boarding a plane to another country. Although traveling is still my favorite brand of adventure, I’m learning how to approach each day – whether I’m on my way to work or just out getting to know my adopted city a little better – as if I were traveling. That is, saying yes to as much as possible, meeting as many new people as I can, and pulling all-nighters that are no longer in libraries.

So here it is: 90% Pasta. The name of the blog comes from the fact that despite my efforts to constantly stay in shape, my diet consists largely of pasta. I’ve loved noodles of all shapes and sizes since I was a kid thanks to spending five years of my childhood growing up in Italy, and a dad who was a whiz in the kitchen. The obsession got so bad that my mom started making a joke that my body wasn’t made up of 60% water, but actually 90% pasta. 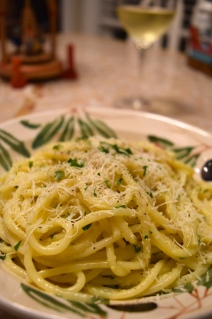 You can expect plenty of pasta pictures, a peek into life in D.C. (which will be especially interesting with this new administration),  rants about being dog-obsessed but unable to afford one, and long-winded accounts of those impulse trips that I’ve been jumping into lately (next up: Ireland in February). Stay tuned!

What do you think? Cancel reply